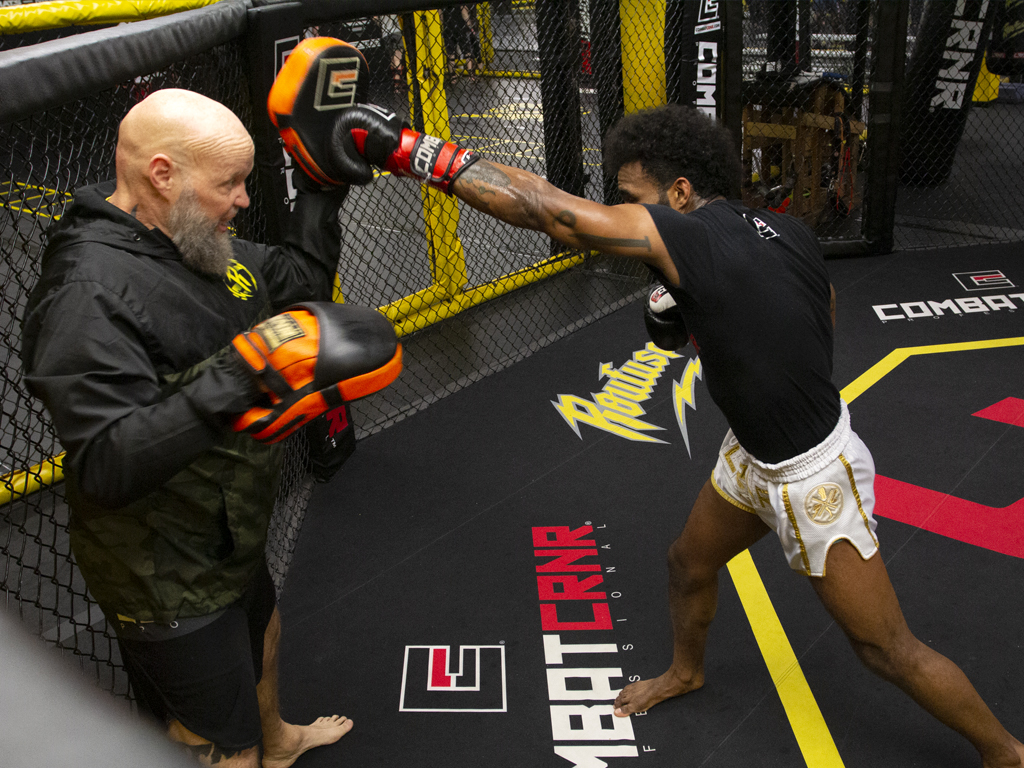 Ever since “The Native Psycho” Jordan Griffin (17-7) has earned his way into the UFC he has faced some stiff competition right out of the out the gate going against some of the best featherweight in Dan Ige and Chas Skelly.

Jordan Griffin won a very impressive Dana White’s Tuesday Night Contender Series bout which ended via Rear-Naked Choke submission in just 3 minutes and 57 seconds of the very first round. He was offered a UFC fight contract that very same night.

As his first test, he stepped out under the UFC lights on December 15, 2018 against Dan Ige in Milwaukee, WI in front of his hometown crowd in the brand new Fiserv Forum arena. Griffin and Ige would go to war for three rounds leading to a decision with the favor being Dan Ige def. Jordan Griffin by unanimous decision (29-28, 29-28, 29-28).

With UFC debut jitters out of the way, Jordan Griffin would head back to the drawing board with head coach Duke Roufus and the team to prep for his next fight.

On September 14, 2019 Griffin stepped back into the UFC Cage inside the Rogers Arena in Vancouver, Canada.

With Justin Gaethje and Donald Cerrone headlining the card, the talent was stacked and the night made for great fights!

Griffin who is coming off of a previous loss against Dan Ige would now find himself against Chas Skelly (18-4), and once they touched gloves it was go time. Three long grueling rounds which would lead to a decision ending up Chas Skelly def. Griffin by unanimous decision (29-28, 29-28, 29-28)

Upset and disappointed with his performance that night, Griffin has sworn to bring his training back to his roots and bring home a win for his next fight.

On February 12 Griffin would go on to say “…I’ve been putting in the time, and I’m back to my roots…” and with his next fight approaching February 29, 2020 we should see an improved and determined Griffin standing across the cage against Arkansas’ TJ Brown.