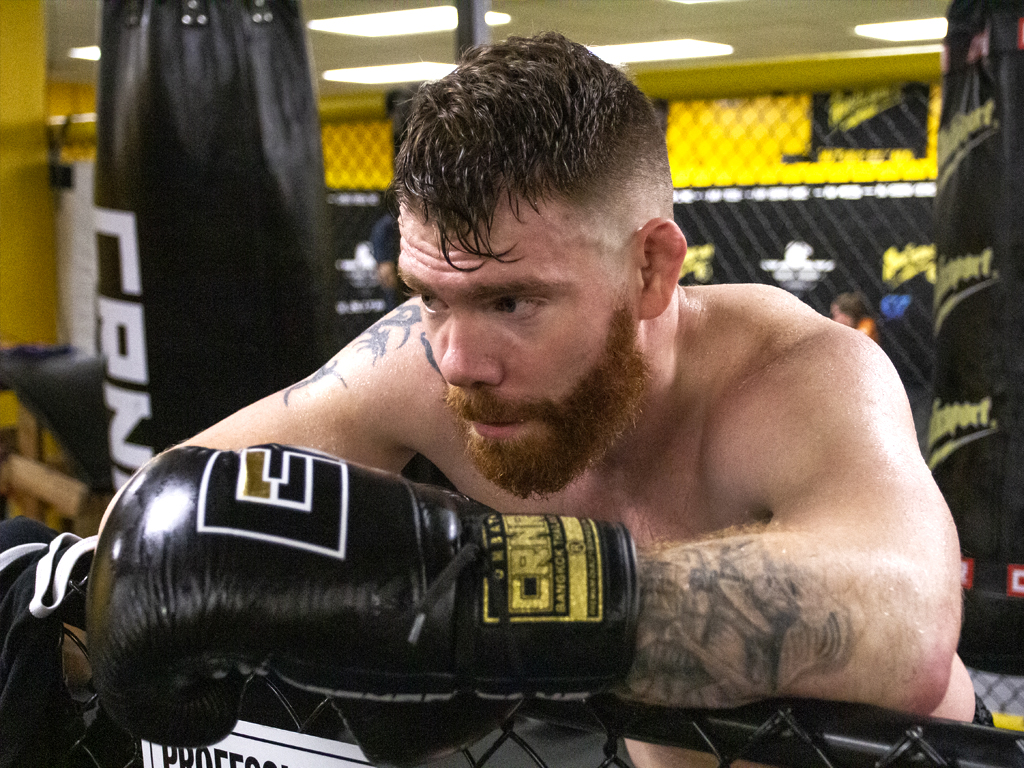 The anticipation for Paul Felder and Dan Hooker is only growing higher as we prepare for a possible Fight of the Night if not Fight of the Year! Paul Felder has been putting his favorite HMIT Lace Up Boxing Gloves to great use during pad sessions where you can see the sheer power and force the "Irish Dragon" throws with these genuine handmade in Thailand gloves. (Link Below)

Paul Felder is no stranger to the Octagon. He made his UFC debut just over five years ago against Jason Saggo (13-4) at UFC Fight Night: McDonald vs. Saffiedine.

Going into that fight Felder was an undefeated prospect with a reputation as an exciting fighter who could finish a fight in the blink of an eye. Although he had to settle for a hard fought decision victory that night, it was an impressive enough performance that the UFC knew they had to give him more opportunities.

The “Irish Dragon” quickly repaid the UFC’s investment in his second fight, when he finished Danny Castillo at UFC 182 via a spinning back fist KO in the 2nd round. The performance earned him a performance of the night bonus, and a highlight real finish that officially put him on the map for UFC fans around the world. 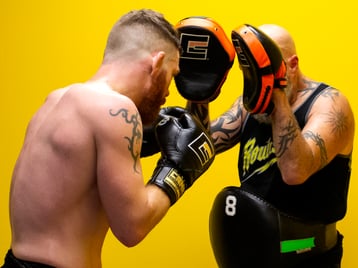 With success came bigger fights. Felder suffered his first loss in his third UFC fight. A fight against the equally as exciting Edson Barboza that once again earned Felder a performance bonus for fight of the night. The loss was one of three losses he would suffer in his five UFC fights following the Castillo KO.

In 2017, after much thought, Paul Felder made the decision that it was time to make a change. This was when he decided to pack up and head to Milwaukee, WI where he would begin to train full time at Roufusport. The hope was that a new camp would help him change his mindset and get him back on a consistent winning track. For Felder, the change didn’t take long to start working in his favor. His next three fights all resulted in wins, and even more impressive, all three were finishes and two of them earned him performance bonuses.

This success, along with a budding broadcasting career had Felder sky rocketing up the ranks. He quickly became a fan favorite, both for the fighting style he brought into the octagon and the broadcasting style he shared outside of it.

On July 7th, 2018 Paul Felder would find himself walking into T-Mobile Arena in Las Vegas, Nevada for a fight against another fan favorite in Mike Perry. It was a fight specifically set up to excite the fans. Felder was moving up to to welterweight to make the fight happen. Both guys were known for their exciting and explosive fighting styles and most expected the fight had no chance to go all three rounds. Someone was surely going to get knocked out right? Wrong. The fight ultimately went the distance ending in a split deicison. The judges giving Mike Perry the nod and for at least one night, halting Felder’s ascent up the ranks.

For anyone who had followed Felder to this point in his career, it was clear he wasn’t just going to fade away after such a close loss. Instead he back to the drawing board with the head coach Duke Roufus. 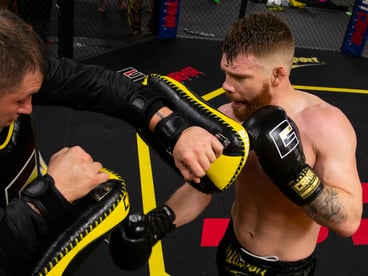 After over half a year off, Felder returned to the lightweight division and went to battle with with James Vick (13-5). The lay-off proved to be beneficial, as he got back into the win column via a decision victory over Vick.

This victory ultimately set up a huge opportunity for Felder. The opportunity being a chance to avenge his first ever loss with a rematch against Edson Barboza at UFC 242. If Felder wanted to be taken seriously as a contender in his weight class, he knew this was a fight needed to win. It was the perfect fight to show the progress he has made since the first fight in 2015.

“Edson is one of the biggest studs in this division,”

“This guy is an absolute warrior.”

Now that he’s avenged his first ever loss, and started a new winning streak at lightweight, Felder has earned himself a top-10 spot in the UFC rankings. As the #6 lightweight in the UFC, the “Irish Dragon” has gone from hunter to hunted.

The UFC has recognized his accomplishments and put him in the main event of UFC on ESPN+ 26. He’ll be traveling to hostile territory to take on New Zealand’s hometown fighter, Dan Hooker.

Feburary 22, 2020 at the Spark Arena in Auckland, New Zealand these two top Lightweights look to touch gloves and go to war. Does Paul Felder continue the climb to the top? You’ll have to tune in to UFC Fight Night 168 and see for yourself!

Products Seen in the Video: 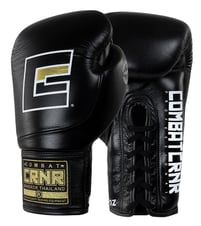 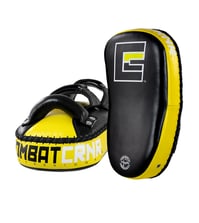 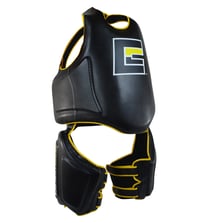