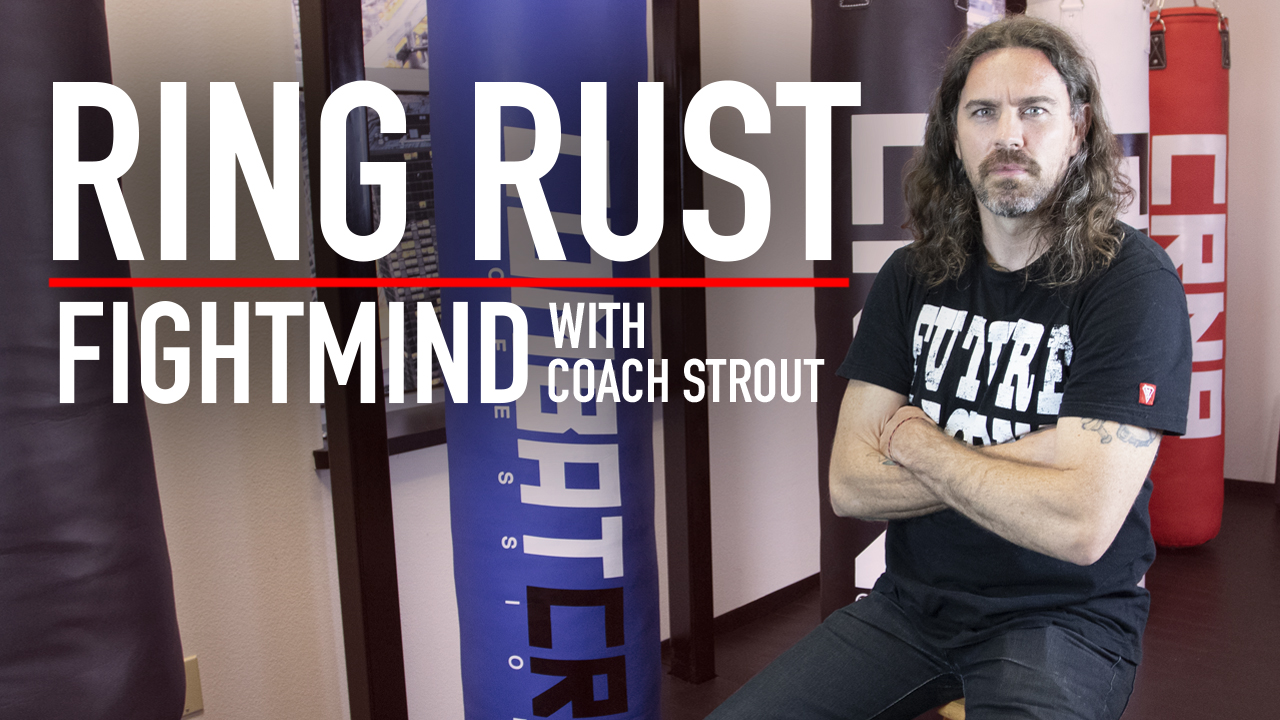 Dive into the video below as we sit down with Coach Strout and enter the series of FightMind. This episode of FightMind Coach Strout talks about "ring rust" and his opinion on it and how it could effect you as an athlete. Give it a watch!

"I'm Jason Strout, I’m at Corner Corner. I’m going to give you my point of view of why staying out of the gym for too long could be a bad thing. Now some fighters take a break, take a rest and get away from their particular martial art for awhile to rest their body, their mind and thats good. I think taking a break is key to your success and longevity to the sport because one its not easy on the body, two its not easy on the brain and three sometimes taking a break and coming back will almost rejuvenate you, give you that love for the game and sport that you had when you first started and it going away. I always tell all my Fighters that sometimes, If I feel that they are getting a little flat, Take a day off, take two days off or take a weed off. I want you to have that feeling that you're missing something, not that like I'm burnt out I don't want to go to the gym. I want you to be awake and I want you to kind of wake up in the morning to go to bed thinking about training again or want to get back in the ring and do this again. I want you to want that, I want you to love it, I want you to feel that feeling you had when you first started. So a couple days off, 2 days off, 3 days off but that starts adding up to 2, 3, 4 weeks. Then you kinda get into this routine, I have a fight, I eat a lot of food and you know I blow up, take time off, I come back. Now its getting to the point where I've taken 4 weeks off, I'm only in the gym because I have a fight and then when I'm training for a fight I'm not even training technique anymore I'm training to get back in shape so I can make that final week then lose weight and get the ring. So I'm no longer progressing. Sometimes that could be a big factor in your fight game or fight career, sometimes you'll see certain fighters lose a step and I think that has a lot to do with it. One it could be mental fatigue just kind of lost the passion for it. I think taking too much time off can hurt you. Take to many big breaks you're no longer learning or progressing you are no longer getting better at your sport, your just maintaining and you're just taking off what you put on. Everybody knows after a fight, its time to have some fun right? You didn't get to eat what you want, you didn't get to drink what you want you kept it away and lived like a saint/monk and then boom the fight is over you just go off the rails and come back to the gym, look in the mirror two weeks later like doesn't look like the same person anymore. Do it too many times your body starts to not want to get back to what it was and sometimes you can't lose the weight and you're just burning yourself out and again ring rust is a real thing you're away from the gym you're away from the ring you're away from sparring for too long you're not as sharp as you were when you left. Sometimes you don't get that back sometimes you get that half step off, the longer you take off that step only gets bigger. You might feel fresh you might feeling like wow, I feel great! I've had that, where I took a couple months off of sparring just because I feel like its good for my memory getting hit in the head but take time away from the gym like Shadow Boxing what you have to do but nothing is like being in the gym sparring grappling just being in the moment and the actual thing that you're learning. I think it helps. Keep you Sharp. Where you end up in the sport?"